The Luxurious Culture of the Mekong – Nakhon Phanom

The Kingdom of Thailand has a rich, multifaceted culture and history dating back to the days of The Siam and Lanna Kingdoms and centering on the current modern age with the capital Bangkok being a well-known hub for travellers across Asia.

Visitors to the Kingdom explore the ancient capitals of Ayutthaya and Sukhothai, the current one, Bangkok, and the cultural capital of Chiang Mai, as well as the many islands in the south packed with luxury. Yet not much is heard of or published when it comes to other parts of this diverse Kingdom.

Possibly one of the most overlooked regions is Issan, which is a large eastern area covering most of Thailand, and home to the mighty Mekong river. After having the opportunity to attend the 2018 Mekong Tourism Forum in the north east of Thailand in the Issan Region, the riverside city of Nakhom Phanom, the complex and detailed history opened up a culture and a region less explored.

Nakhon Phanom city is situated on the expansive Mekong River system with Lao People’s Democratic Republic, with views like something out of the latest King Kong movie. Nakhon Phanom offers some luxurious culture experiences rarely seen by foreigners. There may not be the five-star hotels, resorts, or spas like in the other parts of Thailand, but the Issan Region has a lot to offer the open-minded luxury traveler.

Nakhon Phanom offers visitors so much-  from uncrowded temples (unlike other parts of Thailand) that may inspire you to feel and reflect, tranquil river views to relax by, mouthwatering local dishes to excite your palette, as well as access to unique tribal and ethnic community-based village experiences. 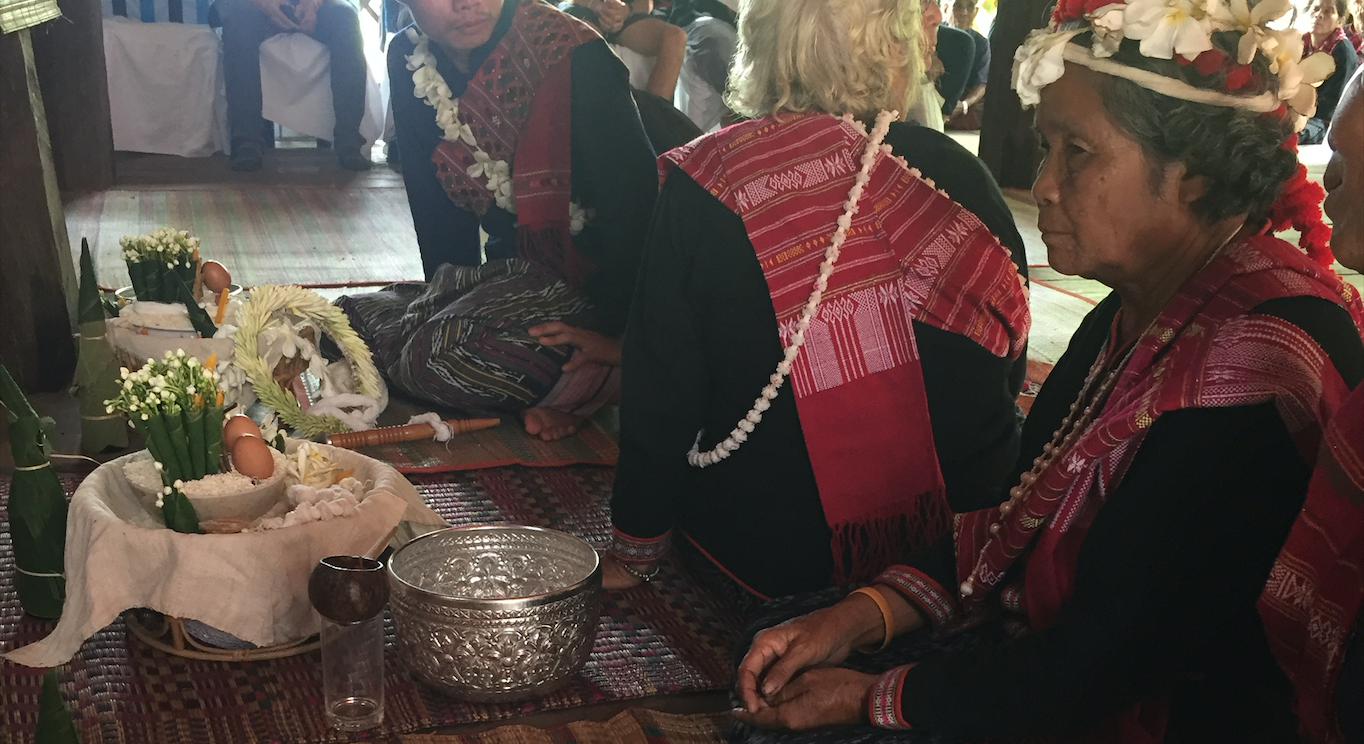 Nakhon Phanom’s history encompasses other cultures, religions, foods, and other countries. During the Vietnam war, many Vietnamese fled to take refuge here, a long with one key figure in the war, Ho Chi Minh himself.  Cultural wise it has a mix of Thai, Lao, Vietnamese, and a hint of Chinese and French which, creates a very charismatic atmosphere. The further you go back in history there appears to be a strong tribal base with several tribes still active in the surrounding areas.

How to get to Nakohn Phanom and where to stay

Both Nok Air and Air Asia fly to Nakhon Phanom regional airport several times a day. Flights are simple and comfortable and it takes approximately one and half hours from Bangkok’s Don Mueang Airport (DMK).

There are several good quality hotels close to and on the majestic Mekong River where you can take your morning coffee with a river view and a backdrop of the enchanting mountains of Laos in the distance. If you like something a little more modern, R Photo Hotel has a photographic theme running throughout the property. It has its own restaurant, café, and live music during the evenings. Fortune Riverfront Hotel is a chain of hotels located on the Mekong river, offering an older style of accommodation with balconies overlooking the river. Value for money is the Chic-Chidkong Hotel, a family run hotel with clean, basic rooms and a home-cooked Thai style breakfast. This property is opposite the Paya Sri Nakarat, the seven-headed snake, and very central.

Perhaps the best part of Nakhon Phanom is the tranquillity of the place. Fewer tourists, less traffic and less stress as the Mekong river gently glides past, taking worries away with it. The people may not be rich and the hotels lack five-star amenities, but the region is one of peace and friendliness, and its a true star when it comes to showcasing Thai friendliness. Step off the tourist routes for a few days and experience ‘real Thailand’ in Nakhon Phanom.

Thanks to the generosity of Destination Mekong, who is helping to showcase the natural beauty of the Mekong region.

This is a guest post written by Tim McMahon

“After fifteen years in the cut-throat world of Corporate IT management, Tim took a risky step and walked away to travel the world. Author of Chronicles of a Corporate Hippy and The Little Human Handbook, he is currently living in Chiang Mai.”